I Helped Africa Bracelets: An Accessory That Makes a Difference 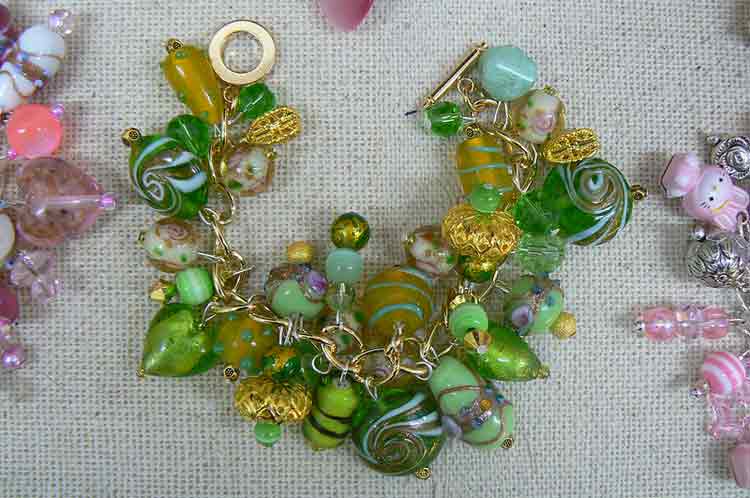 What gift item would you imagine a typical American 10 year old girl would ask of her parents? If you were to review a list of the most popular toys for girls sold last year, it seems that you would find the answer somewhere in between the latest Bratz doll, multitudes of Harry Potter paraphernalia, and some furry apparatus called a Pillow Pet that seems to be rising steadily in preteen popularity.

Yes, those are just a few items that one would assume a typical fifth grade girl would want in her possession. However, 10 year old Michelle Edid of San Diego, California is not your typical little girl – because even while residing in a country that thrives on excess, she managed to reach a maturity level far beyond her years by setting aside any interest in her own needs, and instead gave serious thought toward the thousands of people suffering in the impoverished nation of Africa.

So much thought, in fact, that shortly before her tenth birthday Michelle Edid informed her parents that she simply did not want to receive a personal gift; instead she requested their help in coming up with (and financing, of course!) a fun and effective way in which she could raise money to donate to all of those people in need living in Africa – a concept that is virtually unheard of coming from a child in a country filled with so many kids who often seem determined to become as avid consumers as their parents.

The final result of Michelle and her family’s brainstorming was this: “I Helped Africa” bracelets – a trendy collection of wrist bands which come in seven bright, fun colors displaying the words “I Helped Africa” printed in bold black letters. They are sold at $2 a piece, with 100% of the profits being donated to the World Vision organization.

Interestingly enough, there is more to selecting an “I Helped Africa” bracelet than merely deciding on your color of choice, because each color represents a specific object or good that will be donated:

Clearly, the creation of the “I Helped Africa” bracelets was an effective and greatly beneficial idea, but one must be curious as to what inspired such a young girl to be so compelled to give up her own birthday present for the greater good of a people living over 5,000 miles away. When questioned about this, Michelle’s response seemed simple, stating that she was just really struck by all of the information and images she has viewed in the media of the hundreds of poor, starving African children – many of whom had distended bellies due to severe malnutrition and who lived in crumbling dirt huts, swatting away the overwhelming amount of flies and disease carrying mosquitoes with their fragile, twig-like arms. Ever since she became aware of their struggles and poverty she has been looking for ways to help raise money for them, and in the past has even been known to bake brownies and sell them to passersby on her street, sending all of her earnings to the same organization that her bracelet’s profits go to. To Michelle, the decision to make a difference in these people’s lives was an obvious one, and hopefully her noble actions will set the example for the rest of us to whom it is not so obvious.