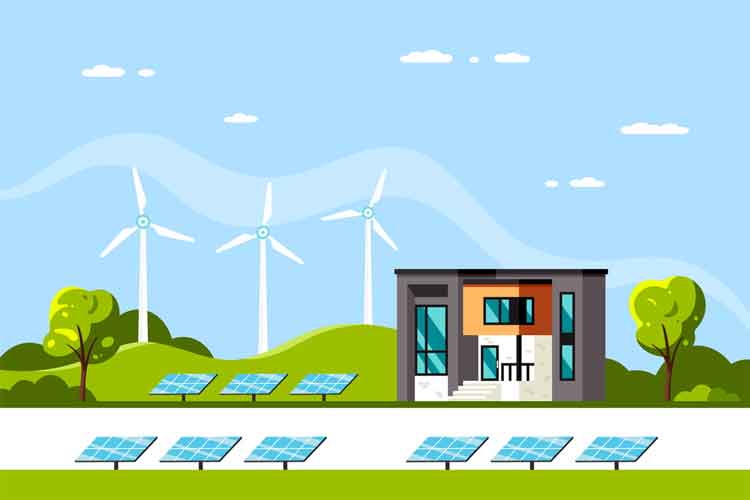 Along the Space Coast of Florida, with more than 25,000 jobs expected to take a direct hit due to the dismantling of the Space Program, there is a small, dedicated and rapidly growing group of businesses, local leaders, and community activists who simply refuse to take the cards being dealt to them without a fight. Looking towards their economic future they have embraced renewable energy as the next economic powerhouse for their area, and after witnessing the embarrassing lack of action that the State Legislature has shown on renewable energy, their motto says it all – “Don’t wait for the State”.

And so they are taking it on themselves to attract industry and manufacturing, to invest in making changes and to vocally support policies that will drive the economic engine that is renewable energy financing. The Space Coast is one of many areas in Florida, including Gainesville, Sarasota, and St. Lucie, who are taking it upon themselves to take action where our state legislators have failed year after year. In Tallahassee, it is all too easy for the legislators to go home each year, pat themselves on the back and tell each other job well done, but for the small businesses, the solar installers who face layoffs, and the people in the state of Florida who are out of work today, when politicians say “there is always next year” it is a slap in the face that they will not accept again in 2020.

The issue though, is not whether Florida can pass an energy policy. The issue is what kind of energy policy is capable of making it to the finish line. As discussed in Part 1 of this series, the Legislature has seen countless different solutions presented to them, with no single or collaborative policy hitting the mark. If the renewable energy industry wants to be successful, they must do two things: first, they must follow the lead of the many places in Florida who refuse to “wait for the State”; and second they must set their expectations towards a policy that actually fits within the current political landscape. The bottom line is that it isn’t 2018 anymore and policies like an RPS or an emissions mandate are no longer on the table (at least for now).

Vince Lombardi once said that winning is everything, but that you have to learn the rules of the game in order to win. The rules of the game in Florida are set by the Legislative Leadership and the Governor’s Office. If they dictate, as they have, that an RPS and a new rebate program are off the table, then the industry can either play by the rules that are given to them, or waste time and money trying to score points from out of bounds. To try anything else would be like trying to win a football game using baseball’s rules. The only other option, of course, is to change the rules by voting out the current set of lawmakers and voting in elected officials who understand the staggering economic impact that renewable energy would have on Florida’s economy.

To find out what is politically viable in today’s political climate, you need not look any further than the stump speeches and campaign promises made by members of the the majority party: free markets, private enterprise, smaller government, and fewer taxes. These ideals are the doctrine of the current political landscape, and can be platforms for a long term renewable energy policy as well. For example, in 2010, a solidly conservative legislature passed legislation that would allow for low interest loans to be given to residential and commercial property improvements for renewable energy or weather hardening measures. The legislation allowed for these loans to be paid back through an assessment on the owner’s property taxes. This program, known as PACE (Property Assessed Clean Energy) was paraded by Republicans and Democrats alike as a free market solution for renewable energy and energy efficiency installations. The jubilance did not last long however, as the Federal Government in the form of Fannie Mae and Freddie Mac, virtually shut down the program by not allowing these loans to exist as primary lien holders. Floridians now faced a choice: either accept defeat and move on to the next policy or find a way to make it work.

St. Lucie County was the first and most notable place to innovate and create a new solution. Basically what they did was to create a public/private mechanism that would recreate the effects of PACE without cumbersome bonding requirements or high interest rates. St. Lucie established a privately financed Solar Energy Loan Fund, administered by a local Community Development Financial Institution (CDFI) which gives low interest loans to residents and businesses who install solar and energy efficiency measures. This is a mechanism that can be re-created all over the state starting right now. The task at hand is educating local decision makers and of course raising the necessary private capital to make the loans.

Another simple policy, supported by groups like the Tea Party for Solar, is to simply provide a tax exemption for people and businesses who install solar and renewable energy on their property. Basically the exemption would allow for these types of property improvements to be exempt from an increased property value assessment. This policy is a shining example of the legislature’s failure to heed the will of the people, because in 2008 the voters of Florida overwhelmingly approved this exemption through a ballot amendment. In 2009, it was the task of the legislator to simply enact the law that the voters had already approved and they deliberately failed to do so. In 2010, they again failed to do so. And once again, in 2011, the simple tweak that would solidify the tax status of solar property improvements was crushed at the hands of the elected officials who represent us.

It is also important to note that in order to make any sort of progress whatsoever, it is critical that companies within the industry decide to make an investment in future policy. To sit back and be reactive about policy is akin to waiting idly for handouts and letting others dictate your future. The fact is that there are countless contractors whose business relies on nothing but grant money, rebates, and stimulus projects and if these companies don’t invest in the future of policy they will be in for a serious wakeup call when they complete their last project and realize that the stimulus money is gone and it isn’t coming back. The smart solar contractors are the ones who are investing in long term future policies and attempting to flatten out the rebate roller coaster for a more stable long term ride. This is the very purpose of a trade association like the Florida Alliance for Renewable Energy (FARE), whose membership levels range from $100 all the way to $5000, with funds being used to directly affect renewable energy policy in Florida. The small businesses, roofers, electricians, and solar contractors will never have the deep pockets that their opponents do, but collectively they can yield just as much influence. But in order to be successful, it is critical that everyone participates, and companies don’t just sit back and wait for others to make the investment for them.

Finally, the single most congruent type of policy with today’s political landscape is to simply allow for a free and competitive market for renewable energy. If it weren’t for the millions of dollars that investor owned utilities spend on lobbying and direct campaign contributions every year, this type of policy would have been in place years ago. The fact is that the utility companies are operating with an antiquated business model. There was a day when they were the only ones capable of delivering cost effective renewable energy to a consumer, that day has come and gone. With drastic advances in technology and steadily decreasing prices, locally produced renewable energy presents a signifigant threat to the utilitiy companies, who will fight tooth and nail to maintain their monopoly. The single most important task of Floridians is to hold our elected officials accountable with respect to the ongoing monopoly that they grant these utility companies.

If Governor Scott truly believes in free market forces, will he prove it by allowing for competition among energy producers to consumers or will he just hand over control to the utility companies?